2015
Embossed man-hole iron, artists?
Voices via touchboard and sound speakers, height/widths variable.
During meetings with contemporary Roman artists in their own studios, the physical outlines of the artists? Bodies were traced and their voices telling a personal story recorded.The solid silhouettes are cut in the iron typically used for manholes found across the streets of Italy. As the viewer touches the metal of the figure, the voice of the artist is played. 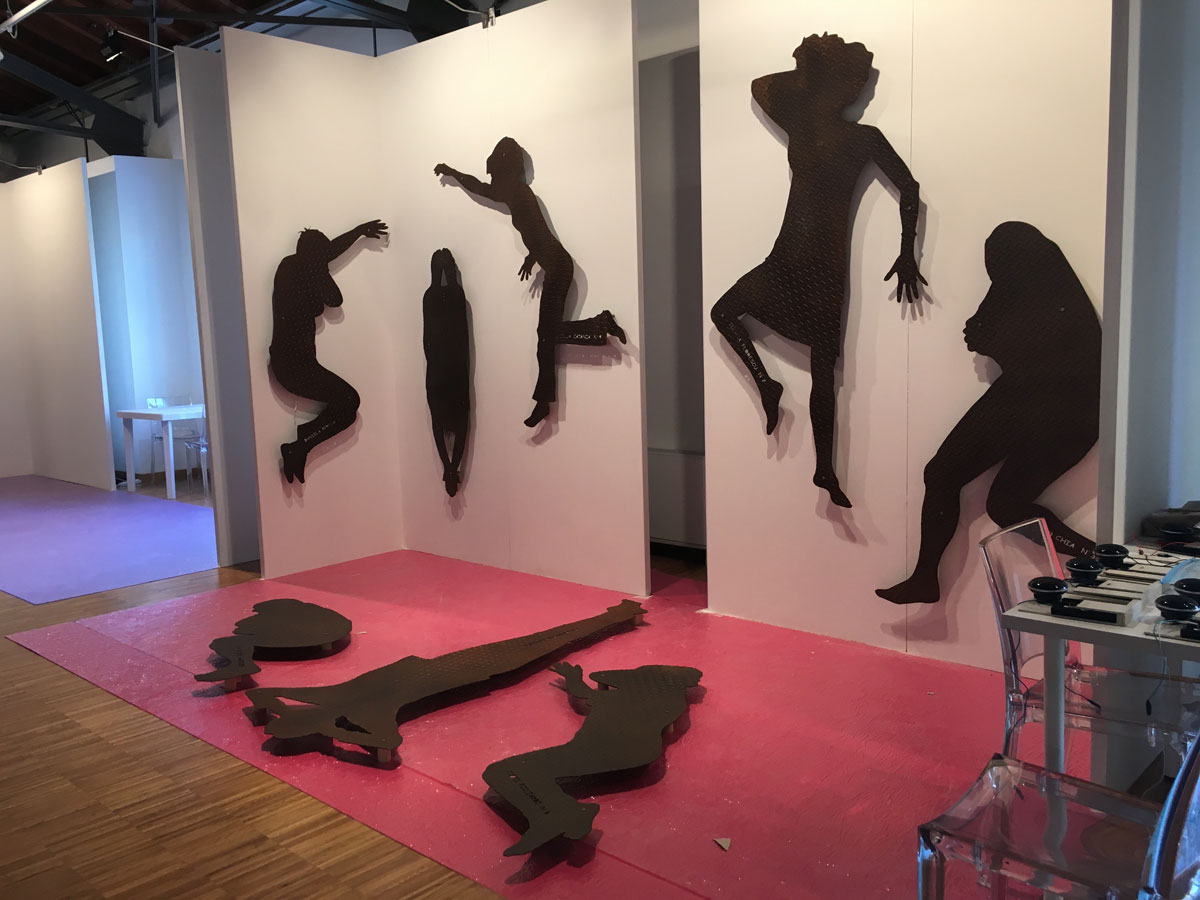 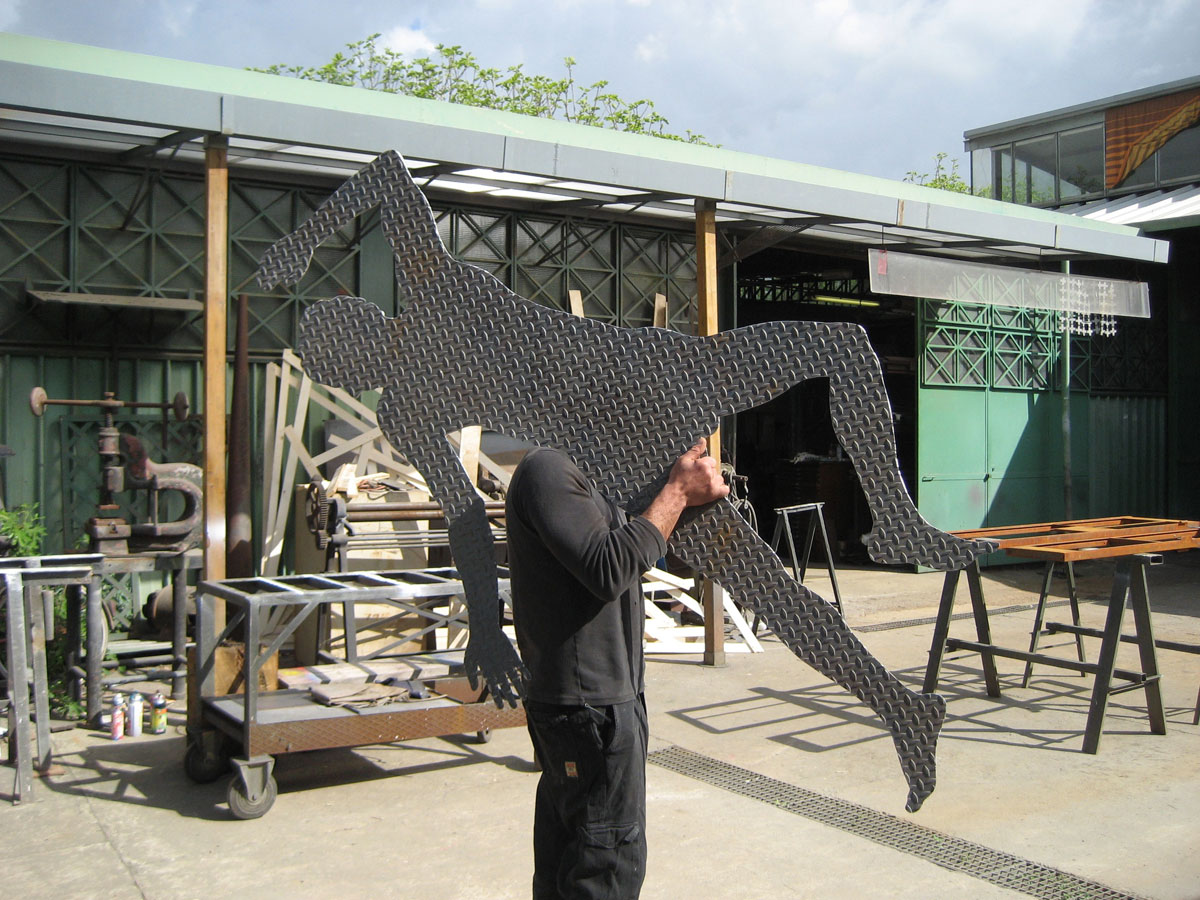